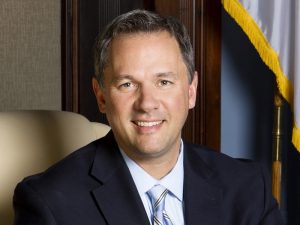 Associated Press has reported that HB2 “will cost the state more than $3.76 billion in lost business over a dozen years”  See their story here.

“The recent economic forecast reported by the Associated Press has no basis in fact and is another attempt to mislead and confuse the public through a bogus headline. The AP’s figures are based off one person’s guess over a 12 year period. Over this same time period, according to all economic forecasts, our state will have a GDP of over $6 trillion. If even using the AP’s numbers as fact, the total “loss” would equate to 0.06%, meaning on overall impact of approximately one half of 1/10 of one 1%. And the percentage of GDP loss would only be that high if we had no more economic growth from now until 2029, which is absurd to say the least.

The economic arguments being propagated by media reports (like the AP) and pushed by outside groups are inflated, manipulated and contrary to any empirical evidence. For instance, in 2016 North Carolina ranked 4th in the nation for attracting and expanding businesses, ranked first in the South Atlantic region for drawing corporate facilities. The State’s hotel and motel occupancy went up 3.4% last year. Average hotel and motel room rates went up 3.6%. Tourism is up over 5.6% in 2016. NC is currently creating nearly 6,000 jobs per month.

It is a sad commentary on our media that outlets are willing to report on potential losses 12 years out, that are not based in fact but rather opinion, all while refusing to highlight the economic successes our state continues to experience.”

Read more about this at The Daily Haymaker.