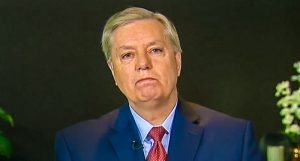 “The border wall is probably not a smart investment,” South Carolina Sen. Lindsey Graham told Politico. In 2012, Graham launched the “Gang of Eight” amnesty bill which split the GOP and helped elect Trump as president.

North Carolina Sen. Thom Tillis is downplaying the wall as he calls for a greater inflow of cheap labor.  On March 2, he  joined with several lobbyists to suggest that Congress deny funds for construction of a wall or fence along stretches of the border in favor of “other capabilities.” Border security, Tillis said, “is one of the first things we need to do…  [but] it seems to me we could get to a reasonable compromise on a bill that I think will be less costly and more effective than just the concept of a structure. Walls need to be where wall are, but other capabilities need to be elsewhere.”

Sounds like “no more walls” and “more H1B visas” to us. No, we’re not just guessing.  On June 3, 2016 The Charlotte Observer published an article that included this: 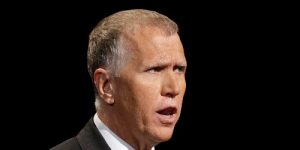 “There was a mismatch between the requirements of the job and the skills that the person brought to the table,” Tillis said at the hearing. “Just because this person says they’re an IT person, it doesn’t necessarily mean that they are qualified for the IT job, particularly with the highly specialized nature of the industry today.”

In Charlotte and elsewhere, many people left the IT field during the recession or were laid off and have never returned, contributing to the current shortage, said Michelle Fish, CEO of Charlotte-based Integra Staffing & Search, which helps find job candidates for local employers with openings. Demand for H-1B visas seemed to begin picking up about five years ago, as the U.S. economy started recovering, she said.

Fish said most companies turn to H-1B workers as a last resort.

“We’re always trying to tap into the talent that’s in the U.S. first,” Fish said.

I don’t mean to be unduly cynical, but I think that should read “talent that is in the U.S. and will work cheap”.
Want people to return to the IT field?  Stop importing people that work for half to two thirds of what Americans work for.
This article represents the opinion of the author, supported by citations from other web publications.
Paul Yeager is a conservative activist and IT professional in Waynesville.

In his speech this afternoon, Governor Cooper said: 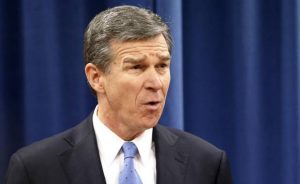 “In a perfect world, we would have repealed HB2 today and added full statewide protections for LGBT North Carolinians. Unfortunately, our supermajority Republican legislature will not pass these protections. But this is an important goal that I will keep fighting for.”

So Roy didn’t overtly blame the voters, he blamed the “supermajority Republican legislature”.

So, who put the “supermajority Republican legislature” in Raleigh?

The voters of North Carolina did.

So who did Cooper really blame?

This article represents the opinion of the author.

Paul Yeager is a software engineer and conservative activist from Waynesville. 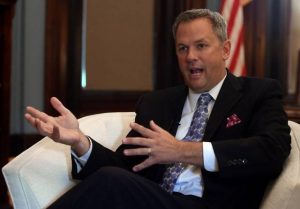 “If HB2 was right to begin with, which I believe it was, then why are we repealing it? If it is wrong, then why wait four years to fix it? Such ambiguity undercuts the legitimacy of a law that we have fought so hard to defend. We are yielding the moral high ground and giving in to a new form of corporate extortion from an unaccountable, out of state, non-elected, tax-exempt organization (NCAA) and for what?… a ballgame? Why are we allowing them to dictate to us, laws that govern the protection of our people? We should have the backbone to tell them to take a hike.”

Representative Chris Millis called for the resignation of Secretary of State Elaine Marshall Tuesday on the grounds that her office issued more than 320 notary public commissions over the last nine years to persons with no legal residency status, in contravention of both state and federal law.

“I have sent a letter to the North Carolina Secretary of State, Elaine Marshall, requesting her immediate resignation from office,” said Millis at a morning press conference at the North Carolina General Assembly. “I have made it clear that if the Secretary chooses not to resign, I will proceed with all legislative actions, including a resolution of impeachment.”

State law requires that notaries meet a variety of requirements, including that they “reside legally in the United States.” Legal residence in the United States is conferred only via citizenship or by way of a Permanent Resident Alien Card (commonly known as a “green card”), issued by the Department of Homeland Security (DHS).

Millis says that documents obtained from Marshall show that her office routinely accepted another form of alien identification, a “DACA card,” in lieu of a green card as proof of legal residency. A DACA card is a temporary employment authorization to facilitate safe and legitimate employment and income for otherwise undocumented aliens but does not confer legal immigration status.

“Among the over 320 persons illegally commissioned as notaries, a number of identification documents included DACA Driver Licenses, DACA Decision Approval Notices from Homeland Security, DACA Employment Authorization Approval Notices from Homeland Security, Mexican National Passports, and a NAFTA work/travel visa,” continued Millis. “In fact, one notary commissioned by the Secretary was “an alien against whom a final order of deportation or removal exists.”

“None of these 320+ notaries reside legally in the United States, as our North Carolina Notary Law requires,” Millis said. “Nor do they meet the requirements set forth on the application to become a notary, published by the Secretary of State’s office.”

Notaries public are ministerial officers of North Carolina government who are authorized to certify various transactions and documents, such as deeds of trust, wills, powers of attorney, and absentee ballots. 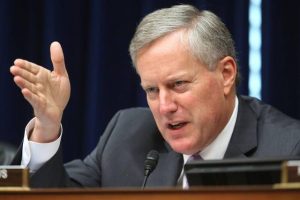 Our Congressman Mark Meadows continues to do what he has done since taking office – working to accomplish what we his constituents have asked him to do! 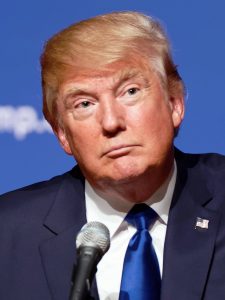 You can send the President an email by clicking here.

Events late yesterday over a HB2 proposal between Governor Roy Cooper and General Assembly Leadership were reminiscent of Lucy holding out the football to Charlie Brown, only to snatch the ball away at the last moment.

Yesterday afternoon, Senate Leader Phil Berger and Speaker of the House Tim Moore held a press conference to announce that they had a House Bill 2 (HB2) repeal offer from Governor Cooper and his staff that just might work.

However, Governor Cooper is denying he has made any such proposal, however documentation that a repeal proposal from the Governor’s office was in the works on was circulated to media.
During the press conference, Senate Leader Phil Berger indicated they had talked with the Governor several times about the proposal and was, “taken aback by the fact that the Governor disavowed ever having made the proposal.”

“The governor made a proposal late last week that we are prepared to agree to in principle, said Berger. “We called the governor on the way down here to let him know we agreed, but he now denies that he ever made the proposal, so we’ve got to figure out where we are.”

Read more on American Lens at the link below.

Associated Press has reported that HB2 “will cost the state more than $3.76 billion in lost business over a dozen years”  See their story here.

“The recent economic forecast reported by the Associated Press has no basis in fact and is another attempt to mislead and confuse the public through a bogus headline. The AP’s figures are based off one person’s guess over a 12 year period. Over this same time period, according to all economic forecasts, our state will have a GDP of over $6 trillion. If even using the AP’s numbers as fact, the total “loss” would equate to 0.06%, meaning on overall impact of approximately one half of 1/10 of one 1%. And the percentage of GDP loss would only be that high if we had no more economic growth from now until 2029, which is absurd to say the least.

The economic arguments being propagated by media reports (like the AP) and pushed by outside groups are inflated, manipulated and contrary to any empirical evidence. For instance, in 2016 North Carolina ranked 4th in the nation for attracting and expanding businesses, ranked first in the South Atlantic region for drawing corporate facilities. The State’s hotel and motel occupancy went up 3.4% last year. Average hotel and motel room rates went up 3.6%. Tourism is up over 5.6% in 2016. NC is currently creating nearly 6,000 jobs per month.

It is a sad commentary on our media that outlets are willing to report on potential losses 12 years out, that are not based in fact but rather opinion, all while refusing to highlight the economic successes our state continues to experience.”

Read more about this at The Daily Haymaker.

Comment: Two out of five Commissioners own businesses that make money doing inspections.  No conflict of interest there, right? 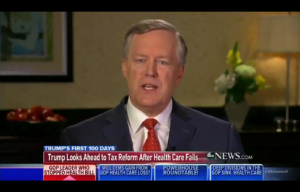 Click the link below to see our Congressman Mark Meadows’ interview.